Explore Turkey: a Travel to Istanbul 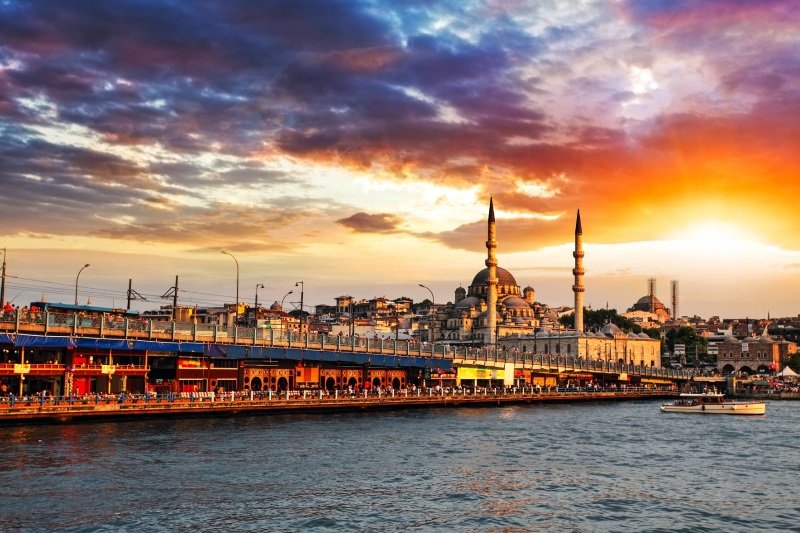 Turkey is a charming country. Here hundreds of cultures have intertwined, numerous civilizations have left their mark on the land of Asia Minor, the territory of which belongs to modern Turkey.

Contrary to popular belief, Turkey is not only and not so many hotels. A rich history, ancient and Christian monuments since the Byzantine Empire, beautiful mosques and palaces of the Ottoman Empire, unique natural attractions, mild climate, beautiful beaches of the Mediterranean, Aegean and the Marmara Sea and great cuisine attract independent tourists to Turkey.

For the Sake of What to Go to Turkey

The best time for beach vacations in Turkey: May-June and September-October (the beginning and end of the tourist season), July-August is the best time to travel to Cappadocia and Eastern Turkey.

When planning your trip to Turkey, be sure to include at least one of the iconic places of the country – Istanbul, Safranbolu, Cappadocia, Efes or Pammukale.

Byzantium, Constantinople, Istanbul…the city-museum. Great and majestic at one time, today Istanbul is friendly and full of oriental charm. The charming streets and squares, beautiful mosques, palaces and museums, traditional hamamas, colorful markets, excellent restaurants, some of which are located on the roofs of the city, and hundreds of tiny shops with unique Turkish sweets Istanbul like almost everyone, because everyone finds in it their own, vivid impressions

This small historic town is one of those few cities in which you can feel the spirit and atmosphere of old Turkey. Being on the way from the East to the West, Safranbolu already in the 13th century was one of the crucial points on the Silk Road, and since the 17th century, the city has become a trendsetter and architectural traditions of Turkey. Traditional Turkish houses, drowning in the greenery of picturesque hills, narrow cobblestone streets, the old fortress, old baths and madrassas, caravanserais, charming souvenir shops, tranquility and the same atmosphere that was here hundreds of years ago.

Cappadocia is perhaps one of the most mysterious and unusual places on the planet. Here you can see extraordinary beauty landscapes of volcanic origin, underground cities and cave settlements, which at one time became a refuge for the first Christians. Goreme is a provincial town with a unique atmosphere, located in the heart of a picturesque valley, most of the hotels and guest-houses are located in caves. Urgup is a more modern and structurally developed city, mainly lovers of comfortable rest and good wine.

Pamukkale is translated from Turkish as a “cotton castle”. A magnificent landscape created by nature – fabulous white terraces with numerous ponds. The source of mineral waters, thanks to which this beauty was formed, is in the center of the ancient city of Hierapolis, which, together with Pamukkale, is inscribed on the UNESCO World Heritage List.

The ancient city, famous for one of the seven wonders of the world – the temple of Artemis. Archaeological excavations, which are conducted here more than 150 years, have allowed restoring the streets of the ancient city of Ephesus, houses, theater and library. If you want to imagine what an antique old town looked like, then you are here. Ephesus is also part of the history of Christianity. According to legends, it was here that the Virgin Mary, the mother of Jesus Christ, lived her last years.

The Turkish Riviera stretches along the Aegean and Mediterranean Sea from Bodrum to Alanya. This is the most beautiful and the most developed part of the coast, whose life is primarily focused on tourism.

Bodrum, Kusadasi and Izmir are large resorts of the Aegean coast, oriented to mass tourism. But, the Aegean coast of Turkey can offer much more to independent travelers. Monuments of antiquity and traces of ancient settlements, picturesque fishing villages and charming little resort towns, picturesque beaches and lazy atmosphere – such will find the Aegean coast an adventurer who seeks to get to know real Turkey.

This part of the Turkish Riviera is a favorite destination for fans of adventure and active recreation. Lycian trail – a walking route from Fethiye to Antalya, laid along the territory of ancient Lycia, is considered one of the most picturesque routes in the world. The infrastructure of tiny cities on the Turquoise coast is focused mainly on independent travelers – here you can find decent hostels and rent a boat for visiting nearby attractions. Along the turquoise, the coastline is also laid the main cruise routes of the Turkish Riviera.

Part of the coast from Kemer to Alanya belongs to the most popular resorts in Turkey, among them Antalya, Side and Alanya. Large comfortable hotels that operate on the “all-inclusive” system stretch along the entire coast and are mostly located on private beaches, with its beach infrastructure. An alternative format of housing in this part of the coast are villas and apartments, as well as city hotels and guesthouses with access to the city beaches and public beaches of the coast.

Turkey from the Inside

Learn the real, untouched by mass tourism in Turkey and visit the most secluded corners of this friendly country is often set as the goal of adventurers.

The easiest and most accessible way to get to know Turkey from the inside is to travel along the Marmara Sea region and the Aegean coast. Attractive, safe and easily accessible destinations in the Black Sea region are the historic towns of Safranbolu and Amasya.

Visit cities such as Ankara, Konya and Bogazkale are often combined in routes with a trip to Cappadocia, as they geographically belong to the same region – Central Anatolia. The remote corners of Turkey in Eastern and South-Eastern Anatolia often become the goal of mountaineers, enthusiastic skiers and eco-tourism fans.

Must Visit Places in Turkey

Traveling in Turkey is easy and safe, the locals are very friendly to independent travelers. The primary transport is a bus. In Turkey, you can get to the bus almost anywhere, especially if the points on the route are not far from each other. Buses run on schedule. Tickets for the bus can always be purchased at the local bus station or ask for help at the reception desk of the hotel. For experienced drivers – an alternative to buses is car hire, a rather popular way of traveling around Turkey.

Budget flights are also a trendy way of traveling around Turkey. From the airports to the destination, you can get to local shuttles, taxis or hotel transfers. When booking hotels on the coast and in Cappadocia, in “special wishes”, ask for information about the transfer of their airport. An excellent alternative to transfers is also renting a car from the airport – you book a car online, pick up at the airport upon arrival, return to the city of arrival.

Small hotels, guest-houses and guesthouses are popular options among independent travelers. In the resort regions of Turkey, alternative hotels are also apartments with a kitchen and even communal pool. Going on a trip, remember that in almost non-tourist places in Turkey, almost no talk, therefore, it is worthwhile to book accommodation in advance, since it can be quite problematic to “navigate on the spot”.